Home Blog Asia Getting Around in Hong Kong

In Hong Kong Asian and Western culture clash, creating a unique mix. After spending two months in this city this year, I consider Hong Kong definitely one of my favorite cities in the world.

You would think with millions of people stacked on a little island, getting around could be difficult. Surprisingly, it’s not. The city center is quite walkable and Hong Kong has one of the most efficient and affordable public transport systems in the world. In addition, taxis can be found everywhere.

Getting around by foot

Hong Kong is built on a hill. That’s bad news if walking is your preferred means of getting around. But the Hongkongese have come up with a very creative solution: they’ve built a series of escalators, cutting right through the center of town. They are raised, so you don’t have any crossings. And, you’re shielded from the rain, which is great coz it does rain a lot in Hong Kong.

Most of the big office buildings in Hong Kong are connected by walkways and skyways. Around Central Hong Kong you can almost get everywhere without even touching street level.

The MTR is the Hong Kong underground. It’s network is extensive, reaching all the way to mainland China. It’s an easy and cheap way to get around. You can cross Hong Kong Island for HK$7 ($1). A trip to Lok Ma Chau (border with China) from downtown Hong Kong will set you back around HK$50 ($8). A pfd with an overview of all the MTR stops and different fares can be downloaded here.

Hong Kong is the only city in the world that has double decker trams. The trams serve most parts of Hong Kong island. They are slower than the MTR, but it’s a nice way to get around if you want to see some of the city. It’s very cheap, at HK$2.3 ($0.40) per ride (no matter how far you go). You just hop on the tram and pay when you get off. For HK$200 ($26) you can use the tram a full month. See the website of the Hong Kong Tramways for more information.

Hong Kong has an extensive bus system. It’s more complicated than the MTR or tram system because there are several private bus companies operating hundreds of different routes. Busses are very cheap but can get quite crowded and as opposed to the tram and MTR you can get stuck in traffic jams.

It’s easy to find a taxi in Hong Kong and they are quite reliable. Fares start at HK$20 ($2.50) for the first two kilometers after which HK$7.5 is added for every extra kilometer. This basically means that you can get around the central areas for $2.50 and to most places on the island for less than HK$100 ($13).

Extras are charged for using the tunnels and luggage. You can flag a cab down or find one at a taxi stand. Sometimes the stands are exclusively for certain destinations. For example, in Kowloon you often find a separate line-up of taxis to go to Hong Kong island and one for Kowloon side. See the website of the Transport Department for more information about taxi services.

The airport express is the best way to get from the airport to Hong Kong central. It’s convenient, fast and affordable. It costs HK$100 ($13) and takes about 40 minutes. Trains run every 10 minutes. A nice added bonus is that if you buy a ticket from central to the airport, you can use the check-in service at Hong Kong station.

To travel from Hong Kong island to Kowloon you can take the Star Ferry. It’s only HK$2.5 ($0.40) and it’s a better option than the taxis as you’ll have to pay extra for using one of the tunnels. The view of the Hong Kong skyline is a nice added bonus, especially at night. Ferries run every 10 to 15 minutes.

If you are planning on using public transport in Hong Kong, make sure you get an Octopus Card. This card can be used in all public transport and it’s actually cheaper than paying cash. In addition, you can use it to pay at convenience stores and many other places. In fact, even if you’re not going to use public transport, it’s still worth getting one just for that reason.

2 thoughts on “Getting Around in Hong Kong” 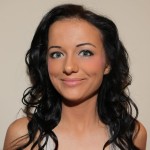 $25 for a whole month of scenic tram use! I like the sound of Hong Kong already! I love the idea of the ferry as well, I love taking the Staten Island Ferry in NYC for free to Staten Island and back to see the NYC skyline!

Hong Kong is one of my favorite cities in the world, if you haven’t been I strongly recommend checking it out!