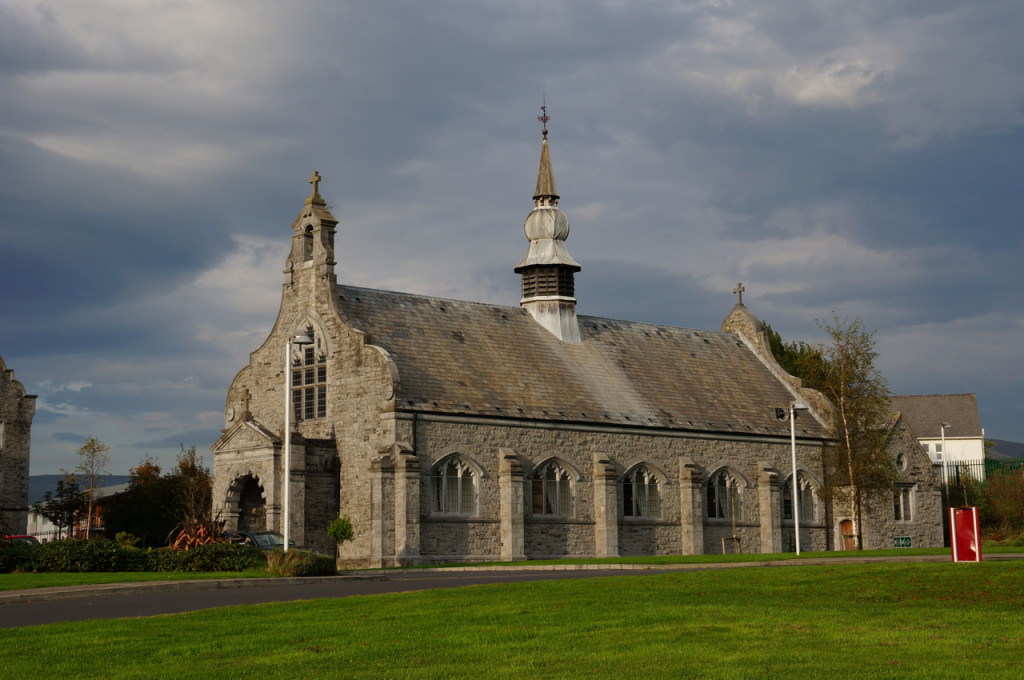 Is Sligo really that surprising?

The first thing I read about the county of Sligo, Ireland, is that there is a wonderfully enigmatic local expression: “Sligo is surprising.” Why?

Well, the county is known to have an abundance of scenic landscapes and diverse cultures. As you might imagine, I was completely intrigued by this catch phrase.  And so began my quest to find an answer to the question of the day: is Sligo really that surprising?

After a lovely stay in the curious county, I realized that Sligo is indeed a bucket of surprises.  It is a region full of character, and I encourage all seekers of unique experiences to venture to this remote part of Ireland.  Here are the top five experiences that surprised me most about Sligo.

1 | Staying in a former hospital for the mentally ill

The Clarion Hotel, a majestic resort, was formerly used as a hospital for the mentally ill. It is a very surprising (and somewhat unsettling) place to spend the night. No doubt about it.  If you can handle the concept, then it’s well worth it. The hotel contains two churches, a spectacular view overlooking the Benbulben mountain, and a Elizabethan façade.

2 | Exploring the site where the Spanish Armada met its demise

Why would there be a Spanish flag on the northwestern coast of Ireland? Well, in 1588 a fleet of 151 Spanish warships set out to invade England. But, things didn’t exactly go as planned. The fleet was seriously damaged during the battle of Gravelines by the English. The Armada tried to escape by sailing around England and Ireland. During a heavy storm, part of the fleet shipwrecked along the northwestern Irish coast.

Maritime archaeologist Auriel Robinson from Seatrails organizes walking tours around the beaches where the ships were grounded. I highly recommend this walk. The story is quite intriguing and Auriel’s knowledge of the underwater archaeology combined with the stunning scenery makes for a remarkable experience.

The landscapes around Sligo have been an inspiration for many of the poems written by the famous poet W.B.Yeats. The most scenic part of the county is named after him: Yeats County. Long after his death in 1939, his remains were brought to the small village of Drumcliff. He was buried in the graveyard of St. Columba’s Church of Ireland.  A small statue has been erected in his honor.

When I think of standard surfing locales, the places that come to mind are Hawaii, Australia, and Portugal. Hence, I was surprised to meet Paul, the owner of a local surf school in Strand Hill. This Kiwi (a.k.a. citizen of New Zealand) visited the area over a decade ago, and was so impressed by the excellent surf conditions that he never left. The fact that he chose to live in a cold and rainy climate over 10,000 miles from home convinces me that the waves must indeed be quite extraordinary.

I’ve never been a huge seafood lover, but two restaurants around Sligo have definitely helped me appreciate the flavors of the ocean. First, there is Shells Cafe in Strand Hill. Their fish & chips is the best I’ve ever had.

Another winner-restaurant: Eithna’s by the Sea, The Harbour, Mullaghmore. Owner Eithna works with local farmers and fishermen, ensuring all ingredients are fresh and seasonal. She is famous for her lobster, crab, shellfish, and seaweed dishes. Her Seaweed Pesto is to die for!

My verdict on the question: “Is Sligo really that surprising?” An emphatic “Yes!”  Very surprising in fact. I really enjoyed my visit and I think Sligo should be considered by anyone visiting Ireland!

*This post is based on a trip that I was invited on by Failte Ireland and Tourism Ireland. Opinions are my own.

This is an amazing article!! I'm always on the lookout for interesting locations... will definitely check Sligo out!!

Thanks Huzefa! Let me know if you go to Ireland.

What a timely post! My ancestors are from County Sligo and the only reason that I haven't visited yet is because I've heard it's a bit hard to get around via public transport. Did you find this the case? I want to see my family castle :P

Hi Caitlyn thanks for stopping by! I was on a tour bus so didn't use the public transport. I imagine it might be a bit challenging as the area is not densely populated, but I wouldn't let that stand in the way of visiting an ancient family castle!You could consider renting a car, make sure to drive on the left though! ;-)

My local area.some of best surfing in world-YouTube it.restaurants you said are excellent.couple of good one in Sligo too though Sligo town is average.difficult without a car but possible. you could also hitch hike which should be feasible but recommended during late spring or summer.you can also hike up benbulben which is amazing with the shear drops and full views.also there is glencar waterfall,queen maives grave, diving at mullaghmore, loads of Neolithic sites, wind surfing,paragliding

Cheers for the info Glenn, appreciate it!