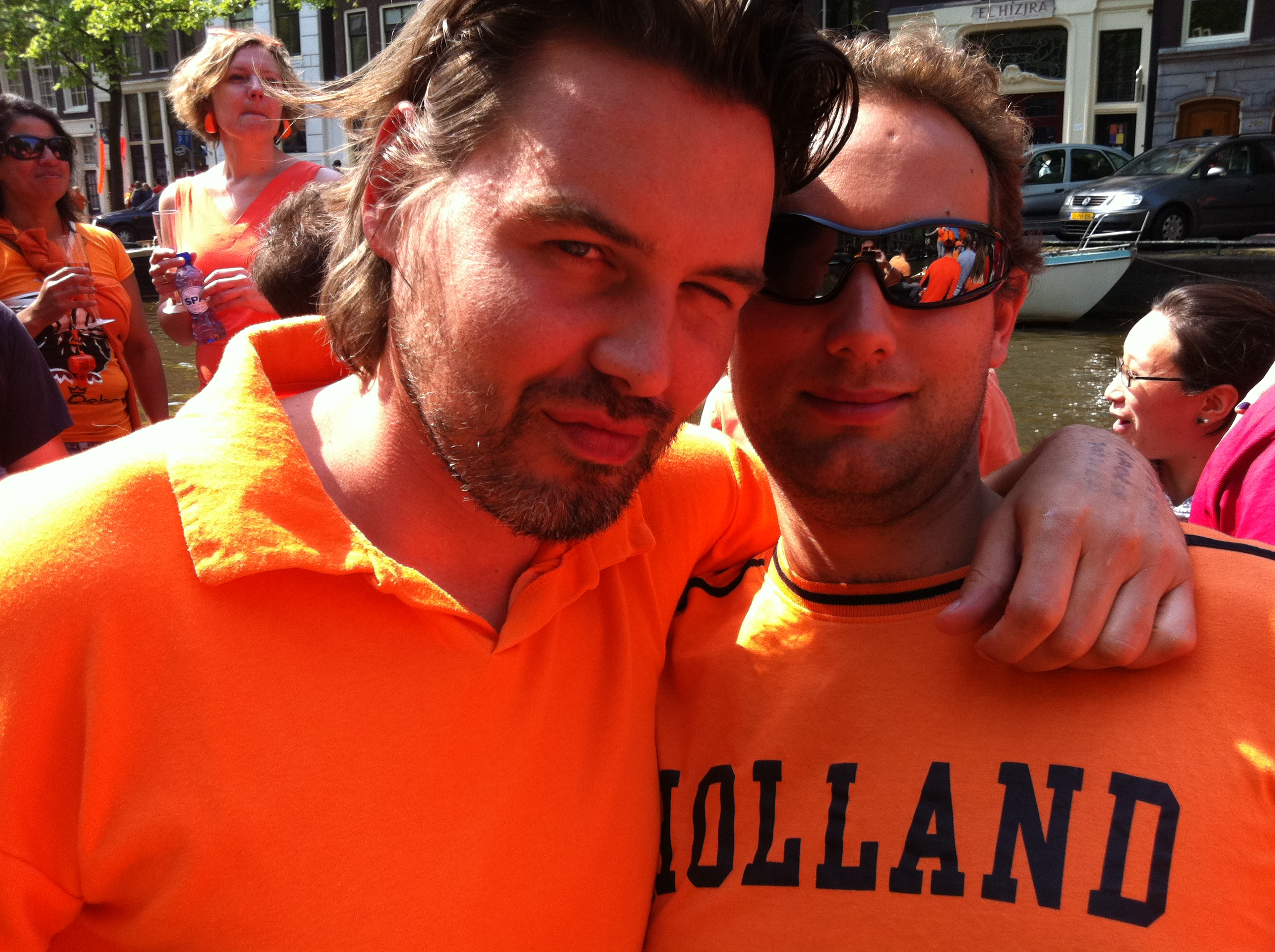 Today, April 30th 2013, is just an ordinary day in most parts of the world. But in The Netherlands, it’s a very special day. Today is the last time Queen’s Day will be celebrated. That is, for the foreseeable future at least.

After reigning the country for 33 years, Queen Beatrix has decided to resign and her son, Willem-Alexander, will be inaugurated today. Starting next year, the national holiday will be held on April 27th, the birthday of the new King. It will be known as “King’s Day.”

Queen’s Day has always been my favorite day of the year in Amsterdam. Around one million people flock to Amsterdam for the official celebration day of Queen Beatrix. Almost everyone wears something orange, the Dutch national color. Festivities are held all across town and beer stands are set up on almost every street corner. Many people sell second-hand items on the street, as Queen’s Day is also a nationwide “free market” day.

April 30th isn’t actually the birth day of the Queen, as Beatrix was born on January 31st. When Beatrix became Queen of The Netherlands in 1980, she decided to observe the holiday on the birthday of her mother, Juliana, as the weather in January isn’t ideal for outdoor celebrations.

My favorite way to celebrate Queen’s Day is to rent a boat with a group of friends and cruise the canals of Amsterdam. Plenty drinks, a good sound installation and some tasty snacks usually make for a very enjoyable day. We were usually not the only ones who came up with this idea, as you can see in the picture. The narrow canals tend to get very crowded, requiring the skippers to use all their steering skills to prevent boats from colliding.

Although Queen’s Day will cease to exist starting 2014, it’s expected that King’s Day celebrations won’t be much different. Dutch people like to keep things as they are, specially when it comes to old traditions. On April 27th 2014 we will find out. I’m already looking forward!

Agree! A boat is the perfect way! I use to be on friends boats, but this year I would love to rent my own and invite olds friends from around the world. Any tips on where I can get a hold of a 20-30 pp boat? Any tips are appreciated, highly!

Hi Irena, I agree, renting a boat is the best way! There are a number of companies who can arrange this for you, I recommend you contact the these by email: info@sloephurenamsterdam.nl info@hetvaarbedrijf.nl info@sloepvrienden.nl Good luck and let me know if you need more help! Cheers, Jasper