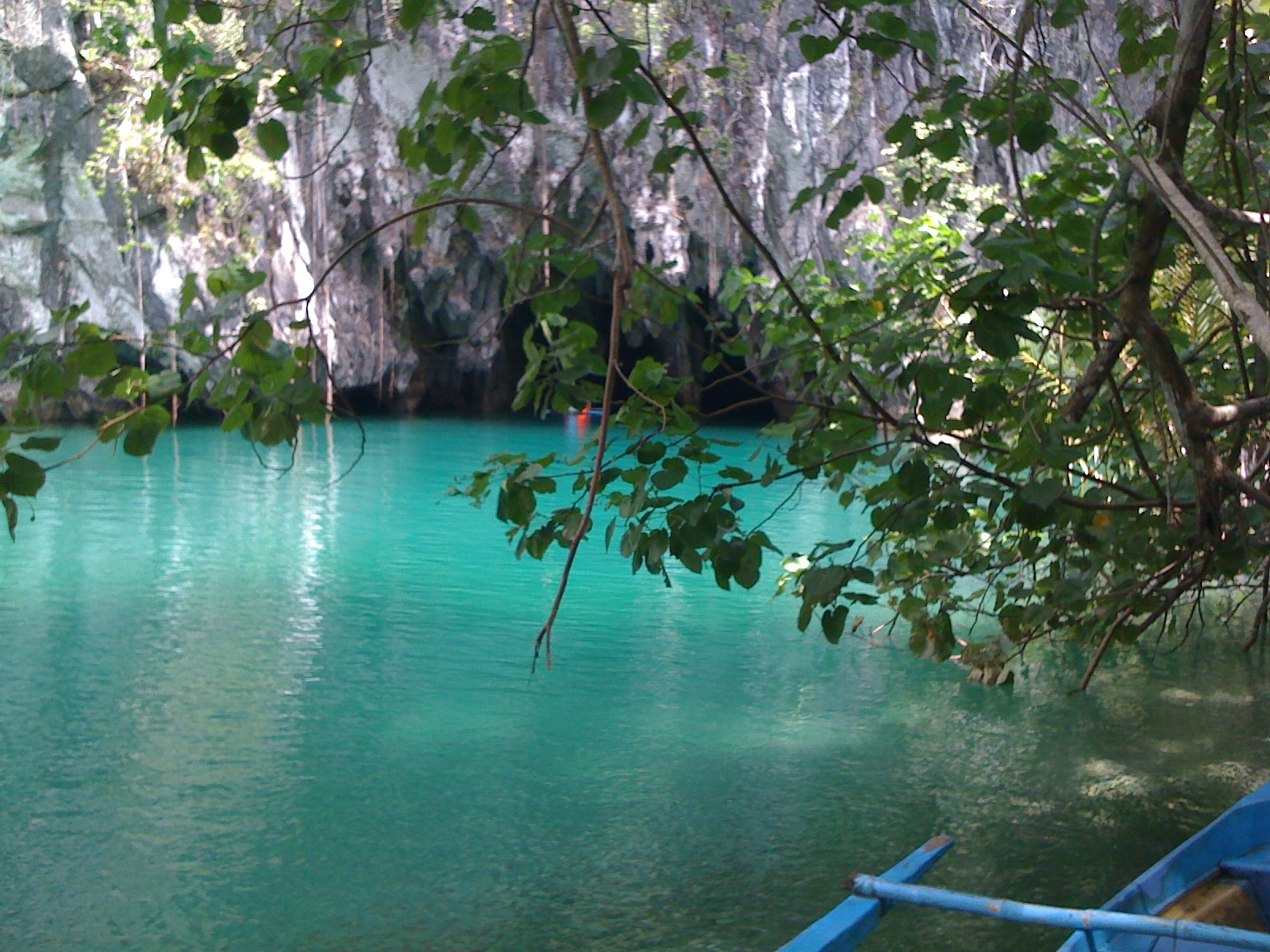 My main reason to head down to Palawan, an island in the Philippines, was to visit the Palawan underground river, located in the Puerto Princessa Subterranean River National Park, about 50 kilometers north of Puerto Princessa. The river was known as the world’s longest underground river until the discovery of a even longer river in Mexico. Still, the visit proved to be more than worth it!

To get to the entrance of the river from Puerto Princessa takes a while, around 2 hours. On the path leading up to the entrance, we were greated by several monkeys, which was a pleasant surprise. As the river attracts many tourists, the monkeys are not afraid and you can get very close to them.

The area around the entrance of the cave it worth a visit by itself. Beautiful tropical forest vegetation and majestic limestone rock formations surround the crystal clear, blue-greenish colored water of the river. To enter the cave, small Philippino canoes are used.

The river is accessible by boat up to 4.2 kilometers deep, but tourist boats are only allowed 1.2 kilometers in, spending about one hour underground. Enough time to enjoy the gigantic caves, the bats and the stunning rock formations. The caves are particularly known for a type of dripstone called “speleothems.” They are basically mineral deposits often in the shape of spines, either hanging down from the ceiling or spiking upwards from the bottom of the cave.

It was a bit eerie to float around in a small canoe in a dark, dungeon like cave with the only noise coming from the bats flying around. The Sea Crait (looks like a Sea Snake) that I saw swimming by didn’t really help :).

It was hard to take good pictures as the only light we had came from our flashlights. To really experience the Palawan underground river you have to pay it a visit! You won’t be disappointed!

The Palawan Underground River is indeed a great tourist attraction. Unfortunately, they were one of the provinces hit by super typhoon Yolanda - a lot of people died and many establishment were destroyed by the strong wind. No news about what happened to the Underground River though but I wish it's still as beautiful as ever.

Hi Deel thanks for stopping by. I heard about the Typhoon, terrible. I imagine the river is protected since it's underground. Let's hope for the best!