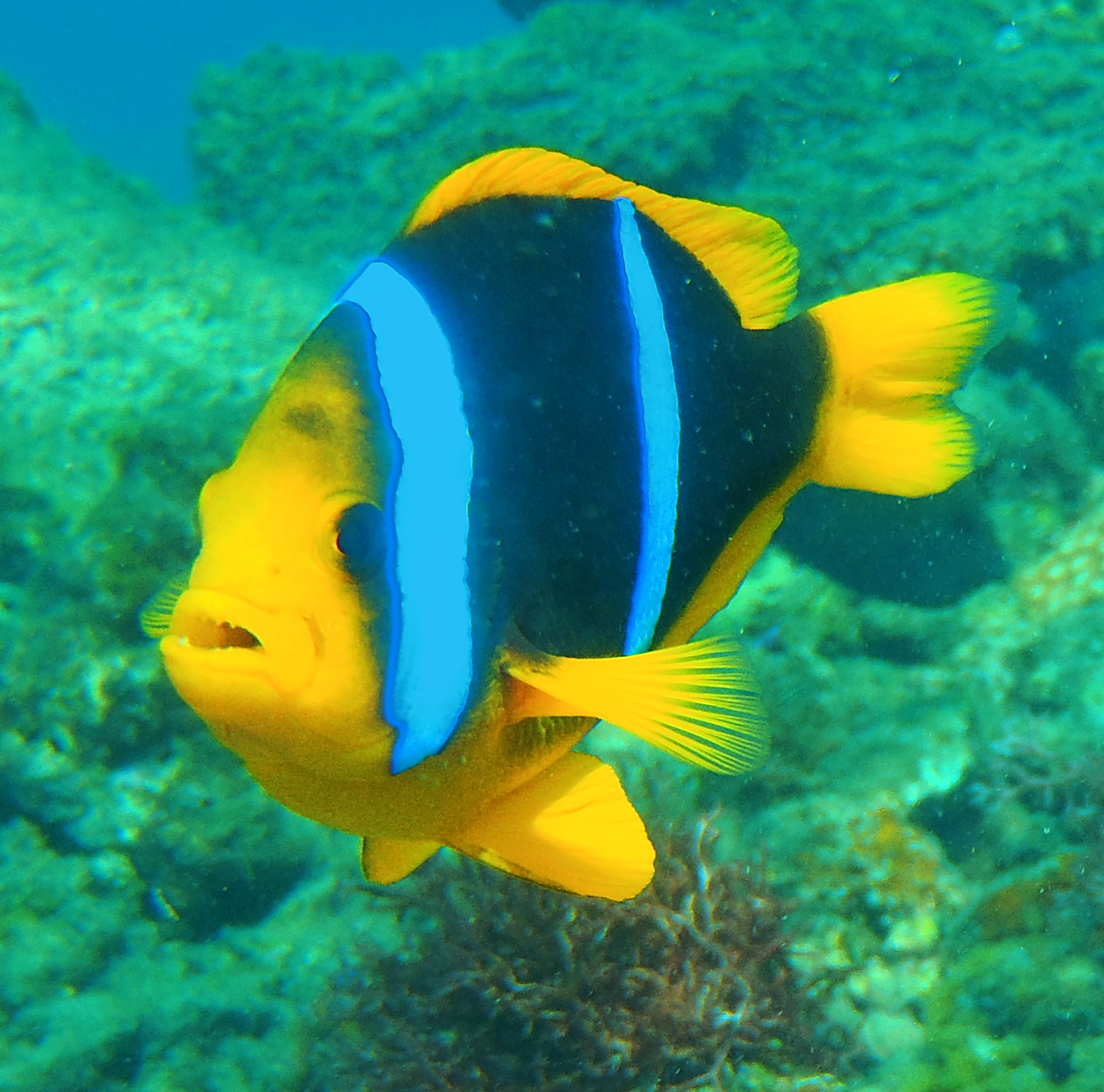 One of the things I love about traveling is meeting new people. I often share interests and passions with my fellow travelers. This time wasn’t different. I got along with Nicholas really well from the start.

We met during my trip to Waya Island, Fiji. We were staying at the same resort. Nicholas had been traveling for a few years, working at different hotels around the world to support his travels.

Our conversation soon turned to one of my favorite activities: snorkeling. Nicholas was a big snorkel fan as well and it wasn’t long until we were exploring the house reef, which was conveniently located just off the beach, right in front of our resort.

My new snorkeling buddy and me 🙂

One day when I came back from a scuba dive, Nicholas came running at me. “Jasper,” he shouted, “you have to come with me! Nemo has been spotted on the reef!” Rumor on the beach was that one of the guests had spotted the famous Clownfish, hiding in a Sea Anemone.

Without exchanging any more words, we both realized we were on a mission: Finding Nemo. We gathered reconnaissance information from the other guests and headed out in the water, armed with an underwater camera and a Go Pro.

Following the directions we’d been given we swam out, scanning the reef. Soon we were at the suggested site. It was right at the border of the reef. All that lied ahead of us was the vast sandy ocean bottom of the South Pacific.

We discussed a search and recovery plan: we’d swim in ever increasing circles, a method I had learned during my Advanced Open Water Scuba course.

It wasn’t long until I heard a scream. “Found it!!!!” Nicholas yelled at me. I quickly swam over and looked into the deep: about 20 feet down, the unmistaken image of two fairly large, dark brown Sea Anemones and at least a dozen orange Nemo’s hiding inside.

We were so exited when we found Nemo!

We took turns diving down, getting as many images and footage as possible. It wasn’t easy. By the time we reached the bottom and had our equipment in position, we were almost out of breath. However, the excitement of being able to get some great pictures of the cutest fish on the planet gave us superpowers.

Every time we agreed to head back to the resort to check out the results, one of us would suggest going “just one more time.” These Clownfish probably became the most photographed fish on the reef.

After we got back we sat down at the bar, ordered a cold beer and checked out our pictures and video’s. We both felt extremely fulfilled. A mission completed. To add to the beauty of this moment, we witnessed one of the best sunsets we had ever seen. Life doesn’t get much better than this!