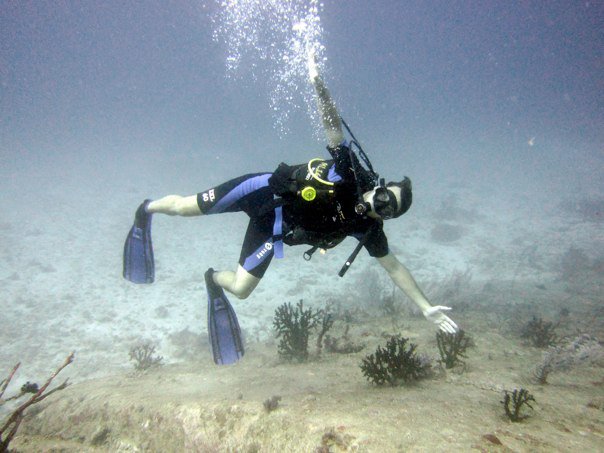 I met up with my buddy at Manila airport. We share one passion: deep sea diving. Our final destination was Sabang, a little dive resort in the municipality of Puerto Galera. To get there from Manila, we first had to take a 3 hour taxi to Batangas, a village located at the southern point of the island of Luzon. From Batangas it would be another 2 hours on a Banca (typical Philippines boat) to Sabang.

Upon arrival, a very familiar scene unfolded. As soon as we stepped off the boat, a circle of locals entrapped us, offering all sorts of services such as carrying our bags, helping us find a good hotel, locating a massage parlor, or simply trying to be our friends.

A warm welcome by the locals

The dive shop was run by Bob, an old man who was originally from California. Well into his seventies, he is probably the most experienced diver I’ve ever met, having started his diving career in 1956. With thousands of dives under his belt, he had a lot of stories to tell. During our trip, we grew quite fond of him and started calling him Uncle Bob.

As we were heading to our first dive site, he told us how he his friend had battled a great white shark off the coast of California. The tale was horrific. After the shark began its attack, Bob’s friend swam vigorously towards the boat. Struggling against the great white, Bob’s friend was able to sling his right arm over the side of the boat as the shark clung to his leg. Bob pulled as hard as he could, fighting against the powerful animal.

He nearly fell into the water, but held steady on the boat, and finally yanked his friend out of the water. He was overjoyed by this small victory, but quickly dismayed once reality set in. Despite Bob’s heroic effort, his friend’s leg had been mangled by the shark’s crushing clench. Bob would spend the next 20 minutes watching helplessly as his dear friend bled to death on the bottom of the boat.

Getting ready to go down!

I could tell Bob was emotional when retelling this story. Even my eyes began to well up. But once the story was over and Bob’s mind returned to the present, my palms started to sweat. I don’t think it was on purpose, but the story made me nervous, especially since we were about to dive in a region known as “Shark Cave.”

The water was calm near the jumping point. We anchored the boat and began to put on our equipment. I was eager to try out my new goggles that I had bought a month earlier in Thailand. As soon as I hit the water, I felt an overwhelming sense of relaxation. It was so warm that I nearly nodded off while waiting for my friend to jump in. We checked to make sure our equipment was functioning, and without further ado, began our descent into the crystal blue unknown.

Clownfish hiding in a Sea Anemone

The visibility in the water was fantastic! I saw a symphony of beautiful sea creatures dancing around the colorful coral formations. It wasn’t long until I saw one of my favorite fish: the Clownfish, hiding in a Sea Anemone! As I was twisting my head from side to side, not wanting to miss a single part of the show, I suddenly noticed that we were being followed. Bob’s previous story came to mind, and felt a panic crawl over me. I slowly turned my head to see what was stalking me, and immediately let out a sigh of relief. It was a gigantic sea turtle.

Normally, sea turtles are quite shy, swimming away as you approach them. But not this one. He was inquisitive, bold, and strong. Basically, the turtle version of myself! :). He seemed to enjoy our company a lot. Perhaps he felt a kinship because we were also lugging around a hefty outer shell. I also noticed he was missing part of one of his flippers. When we got back to shore, I asked Bob about the turtle’s strange behavior.

Uncle Bob had actually met the creature years ago when he saw it trapped under a rock. Turtles can’t breathe under water; they have to surface every few minutes to breathe in air. Uncle Bob knew that the turtle’s oxygen was limited, and tried everything to free the turtle from its precarious position. The rock was immovable. As the turtle started showing signs of suffocation, Bob realized he had one option left.

He took out his dive knife and cut off a section of the turtle’s flipper. He then dragged it up to the surface where it was finally able to breathe. He brought the turtle aboard his boat, treated his wound with his first aid kit, and released him into the sea. Ever since then, whenever uncle Bob would come back to the dive site, the happy turtle would follow him around. It was its way of saying thanks. And Uncle Bob was surely happy to know that his turtle friend had survived and flourished.

Check out my other diving adventures and my other posts about The Philippines! 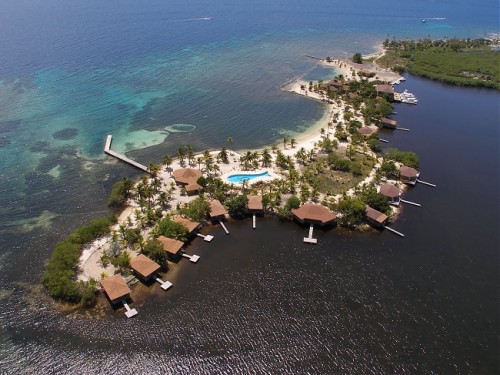 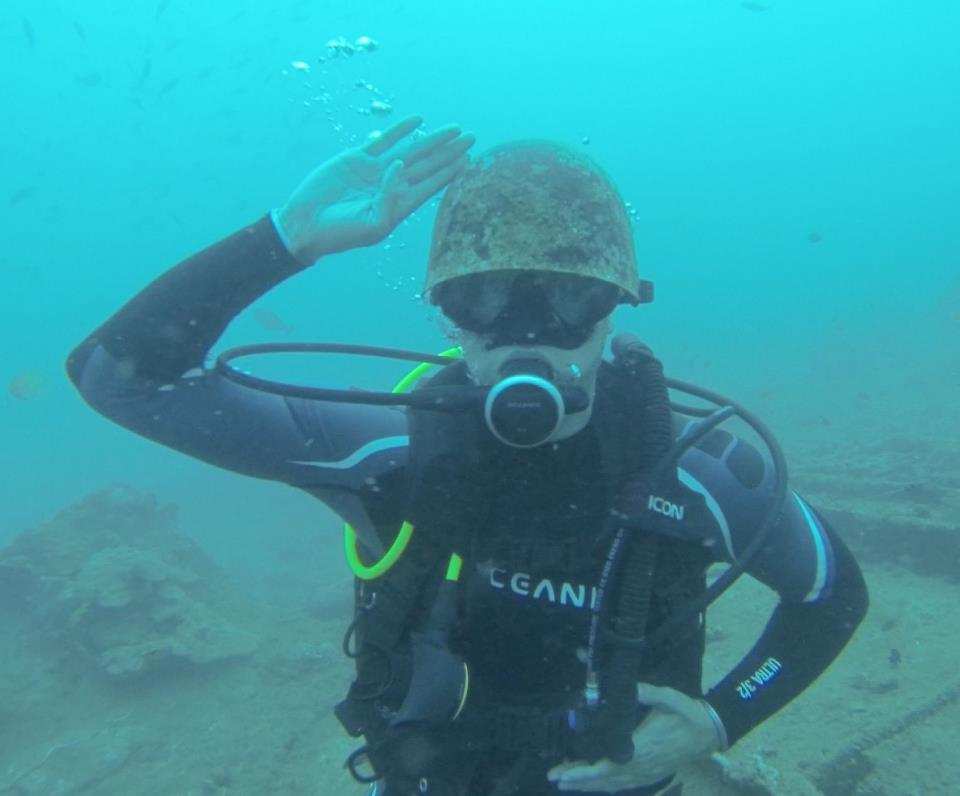 A visit to Vanuatu: The Espiritu Santo Dive Getaway
20 mei 2013 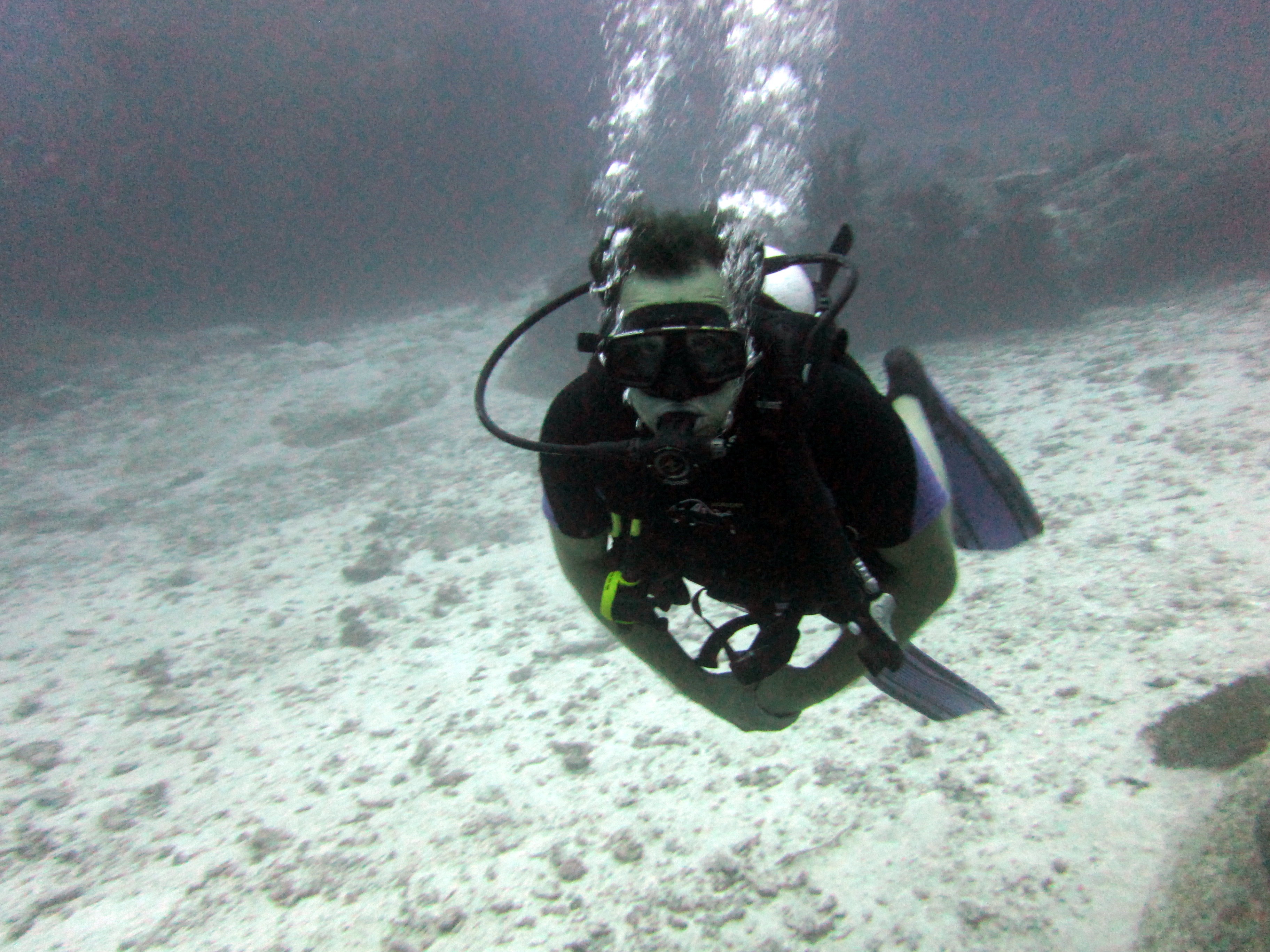 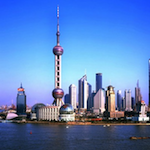 Great story!! I've swam with a few turtles and they always swim away from me. It would be great to swim with such a friendly fellow :)

Yeah they tend to be quite shy normally. It's always great to see them from the distance though!

The turtle story is a beautiful tale :). Almost similar to the lioness Elsa's story in Born Free :). Anyway, I'm glad that Puerto Galera still has it's beauty. As a local who had been there maybe 10 years ago, I was worried then that at some point, PG would loose its inhabitants in the sea :). But you should try Anilao, Batangas also! I can't dive, but even snorkeling there is already rewarding! And it's an easier trip from Manila :)