Brazil is one of my favorite countries and I’ve spent a fair amount of time there in the last few years, enough to notice a lot of interesting aspects of Brazilian culture and behavior.

Instead of listing the usual stereotypes, such as Brazilians love soccer, carnival, parties and are always late, I’ve tried to include less-well known and more interesting aspects of Brazilian culture.

Note that Brazil is a very large country and there are big differences between the various states and cities. However, I believe the following is true in most parts of Brazil.

The beer has to be ice, ice cold

Brazilians LOVE beer, but only of it’s ice cold. And when I say ice cold, I really mean it. It’s not uncommon for a can of beer to have frozen parts inside, as the beers are often put in the freezer instead of the refrigerator. If the beer warms up during the drinking process (even to the point where outsiders will still consider it “cold”), it’s typically discarded by the words “é quente,” which translates to “it’s warm.”

Appointments need to be confirmed on the day

The first time I was in Brazil, I planned to meet a broker to look at some apartments. When she didn’t show up, I called her. Her response was: “You didn’t confirm the appointment today.” I’ve found this to be common practice in Brazil. If you don’t confirm appointments on the day, don’t expect the other person to show up.

Brazilian women tend to look their best when they go out, wearing beautiful dresses and high-heels. Men however tend to dress very casual. It’s quite common to be at a party where every woman is dressed up and the guys are all wearing sneakers, a pair of jeans and a T-shirt. The last time I wore dress shoes to a party, a girl even asked me why I wasn’t wearing “tennis” shoes, the common name for sneakers.

Leave your beach towel at home

When a Brazilian person goes to the beach, he rents a cadeirinha, a guarda-sol (beach chair and umbrella) and sits down to enjoy a few ice-cold Skolls. Most people won’t even bring a towel, let alone lie down on it. They rely on the sun to dry up after taking a dive in the ocean water.

Kissing in public is OK

Brazilians are very comfortable with public display of affection. You see people kissing passionately in various places, not just bars and nightclubs. It’s quite normal to kiss shortly after meeting each other. This doesn’t mean that girls are “easy” though, as some people seem to think. It’s just that a kiss doesn’t carry the same level of intimacy as in other countries. Touching the “bunda” however, is not done gentlemen. Expect a slap in the face if you rest your hand on the famous Brazilian butt.

In most bars and clubs you don’t pay for your drinks at the bar. You’ll either buy drinks tickets first, or you get a card that is used to keep track of what you order and you pay when you leave. Although this saves time when ordering a drink, sometimes the line at the check-out can be very long, in which case it’s smart to leave the club an hour or so before the masses start leaving. 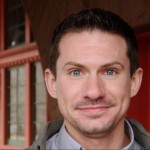 These are great tips! I always dream of visiting Brazil and the thought of spreading out on a beach chair drinking an ice cold beer on the beach sounds amazing

Hi Craig, this is indeed a very pleasant way to spend a Sunday afternoon:-). 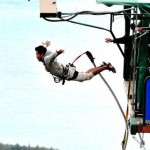 Nice post! They sure love their churrascos and picanhas too!

They do for sure and so do I 🙂